The Canada Media Fund delivers over $350 million in funding annually to support the Canadian television and digital media industries through two streams of funding. Do you qualify? Do you need help figuring out where to apply? Join us as we talk to the CMF and get the best advice possible for working through their systems and accessing the most amount of money possible for your project.

Jill Samson brings 20 years of Film and Television Industry experience to her role as Deputy Director – Portfolio Management for the CMF fund at Telefilm Canada. Jill joined Telefilm in 2008 and leads a national team of business analysts and jury members for several highly competitive funding initiatives including Indigenous, POV Documentary, Diverse Languages, French outside of Quebec and the Digital Linear Series programs. In addition, Jill collaborates with international agencies to finance shared projects through the many new co-development and co-production incentives offered by the Canada Media Fund.

Shaun Bryan is a Deputy Director for Telefilm Canada’s CMF Program Administrator team. With over ten years of experience administering the Canada Media Fund programs, he now oversees the French market’s documentary portfolio. A self-described movie geek, Shaun started his career on the Montreal festival scene as a DIY short filmmaker and Associate Producer for Just For Laughs Television.

Tamara Dawit is an Ethiopian-Canadian filmmaker with experience producing music content, documentaries, digital content, formatted television, and dramatic films. Tamara is a founding board member of The Racial Equity Media Collective and a consultant on underrepresented communities for the Canada Media Fund. Tamara has participated in the Doha Film Institute Producers Lab, Produce Au Sud, the Apost Lab, Follow the Nile, Good Pitch and EAVE. In 2020 her new film Finding Sally premiered at the Hot Docs Film Festival and won the Ladima Award at the Encounters Film Festival.

Register in advance for this meeting:
https://zoom.us/meeting/register/tJYkfuigrjMuEtIuvCs8nh-GGAtJUErM6F0P 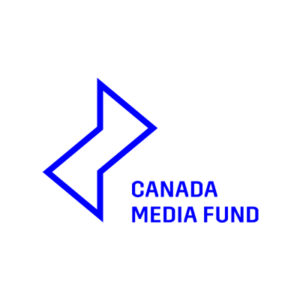