Following the screening of STILL (,) HERE – a film programme curated by B.G-Osborne to highlight rural trans and/or Two-Spirit experiences – join B.G-Osborne along with filmmaker Kennlin Barlow (Above a Grey/Green Sea, 2020) and multidisciplinary artist Gil Goletski (HOLE, 2018) for a zoom discussion. The participants will be discussing experiences creating moving-image work in more rural settings, working alone versus collaboratively, and how their environments continue to shape their identities and practices.

B.G-Osborne is a gender variant settler of Scottish and British descent originally hosted on Treaty 20 territory (Southern Ontario), currently working in Tio’tia:ke (Montréal). Osborne’s ongoing projects seek to address the complexities and revisionary potential of gender-variant representation/embodiment, and unpack/share their experiences with mental illness, neurodivergence and familial bonds. They place great importance in showcasing their work in artist run centres and non-commercial galleries across Turtle Island.

Kennlin Lake Barlow is an Indigenous filmmaker from Indian Island First Nations. They identify as Two-Spirited/Trans. Their work has been showcased at Cannes Film Festival 2017 in Short Film Corner. Right now they are in pre-production on their first feature film called “The Green Waterways”. Being a survivor of trauma and growing up with borderline autism, Kennlin has had a lifelong obsession with film since they were five years old. Even though it causes many difficulties in their life, Kennlin has managed to find a way to take out their vision of pain and love through moving imagery.

Gil Goletski is a multi-disciplinary artist living as a settler on the unceded traditional territories of the Musqueam, Squamish and Tsleil-Waututh people. They make animation, illustration, comics, print media, and music. They are currently a key member of the Vancouver based animation collective, flavourcel.

We are proud to partner with Canadian Filmmakers Distribution Center (CFMDC) for this event and the screening Still(,) Here.

The event will be premiered on CFMDC.TV on 27th March at 5:30 p.m. and thereafter would be available on www.tqff.ca from 28th March until 25th April. 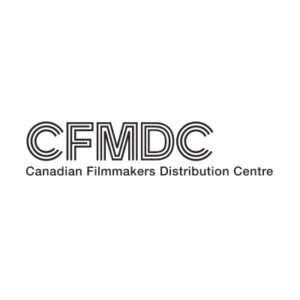