When Dionne Brand’s Long Time Comin’ premiered in 1993, it was a fresh, compellingly lyrical portrait of two Black lesbian artists, posed on the crest of a wave of a cultural revolution. It was – and still is – a very singular film. Almost 30 years later, Black queer artist, writer and programmer, Valérie Bah explores the film and its lasting legacy in conversation with Nya Lewis, Johanna Mabaki and Malique Lee Moore. Like the film itself, this panel is an event not to miss.

Valérie Bah is a Black queer artist, writer, and film programmer whose work explores mundane/radical acts of survival and defiance. Her narratives, couched in magical realism and speculative fiction, are driven by Black feminist thought and lived experience.

Nya Lewis is a Vancouver-based, independent curator and MFA candidate at OCAD. Moved by the goal of equitable access to art and diverse stories in Canada, her work is the culmination of African resistance, love questions, actions, study and embrace. Currently, she serves as the Founder and Director of BlackArt Gastown, a year-round programmer Vancouver Queer Film Festival, and contributing curator at the Vancouver Art Gallery and UBC Museum of Anthropology. A writer, activist, and community organizer committed to building just and inclusive cultural and social infrastructure in Vancouver – her work celebrates the strength and perseverance of Black Canadian culture, history and its diversity.

Malique Lee Moore is a Brooklyn-born multimedia artist, based in Paris and New York, his practice utilizes performance, photography, video, and installation to question the roles of race, gender, sexuality, class, and religion.

Johanna Makabi is a documentary filmmaker, born and raised in Paris from Senegalese and Congolese parents. Her first short film Medusa Afro hair and other myths won several prizes and was screened worldwide. She has a diploma in Cinema at la Sorbonne Paris and a master’s degree in anthropology and documentary.

We are grateful to partner with the Archie Counterarchive and Film Studies Association of Canada for this event.

Register in advance for this meeting: https://zoom.us/webinar/register/WN_hRjsHtt7SpWdBBL4oq7FLw 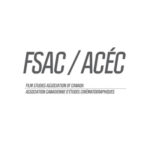