Performance and discussion LIVE ON ZOOM at 7:00pm – Register in advance An event of slam poetry, drag performance and selection of international shorts will engage Albanian queers from Kosovo in a discussion about the understanding of intersectionality, and what it means to be oppressed on the basis of your identity. Slam poetry by Agon Rexhepi and a drag performance by Vera Vendetta 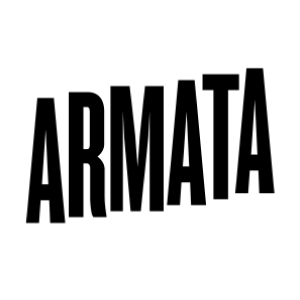 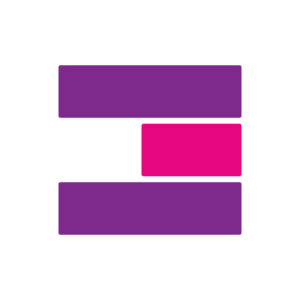 Andrew Blackman is a filmmaker based in Auckland, New Zealand. His work has featured in several international film festivals, galleries and cultural platforms.

Starting with the Harvard excavations of 1908, the small archaeological town Sebstia, in Palestine, continues to struggle against oppressive systems.

Sebastia, a small archaeological town, sits on top of a hill Northwest of Nablus, Palestine surrounded by Shavei Shomron, an illegal Israeli settlement and confiscated agricultural fields of olive groves and apricot trees. This ancient site was excavated multiple times over the last century by colonial archaeologists funded by Zionist individuals and institutions. The first excavation of 1908 led by Harvard University took advantage of Sebastia locals including women, men, and children as cheap labor digging their own land for the sake of biblical archaeology. Each excavation extracted soil and artifacts from the ground, taking what they considered valuable to their home institutions and leaving pottery shards and rubble on the surface. Today, what’s left of the archaeological monuments is contested by the nearby settlement as well as the Israeli military. The Roman Forum is a battlefield, but the locals are incredibly resilient.

Dima Srouji is a Palestinian architect exploring the power of the ground, its strata, and its artifacts in revealing silenced narratives and embedded intergenerational memories. She works with glass, text, archives, maps, plaster casts, and film, understanding each as an evocative object and emotional companion. Her projects are developed closely with archaeologists, anthropologists, sound designers, and glassblowers, as she believes collaboration is integral in the collective process towards liberation. The practice is situated within a decolonization space and functions through critical cartography, deep mapping, and critical analysis methodologies. Srouji is a graduate of the Yale School of Architecture, and in 2016 she founded Hollow Forms, a glassblowing project that aims to reactivate the industry. She is currently Tutor at the Royal College of Art in London.

Through intimate and personal stories, five women share their experiences in relation to the body, from childhood to old age.

Flesh is about how women are seen as bodys at disposal, judged as time passes as meat cooking stages. Through the form and texture of real materials such as paint, watercolor, clay, 35mm film and virtual image decomposition as glitches and datamosh, five women are represented in animation by women animators to highlight the perverse way in which society looks at them.

Camila Kater is a director, screenwriter and animator. She recently directed the animated documentary CARNE (Brazil, Spain, 2019). CARNE is qualified for the 2021 Academy Awards Oscar®, and is on the shortlist for the 2021 Goya Awards. CARNE was a finalist for the 2020 European Film Academy Short Film Award. CARNE world premiered at Locarno Int’l Film Festival in 2019. The film was officially selected for over 250 film festivals including TIFF, IDFA, DOK Leipzig, AFI, Palm Springs ShortFest and Annecy, among many others. CARNE has received more than 65 awards worldwide, including the Special Mention at Locarno (Young Jury), Best Documentary Short Film at ZINEBI (Oscar qualifying), and Best Animated Short Film at Havana Film Festival, as well as the 2020 Ann Arbor Film Festival Jury Award. CARNE was awarded the Tricky Women/Tricky Realities Festival “Artist-in- Residence Program of Q21” Award, granting Kater a three-month residency in Vienna, Austria for Kater, who will then animate the festival’s next edition trailer. Kater has a bachelor degree in Media Studies at State University of Campinas (Unicamp), and in 2012 she was awarded with a one-year scholarship in Film and Television Production at Anglia Ruskin University (Cambridge, UK) by the Brazilian government program Science Without Borders. Kater has recently received the 2020/2022 RE:ANIMA Animation Scholarship for the European Joint Master in Animation (a new Erasmus Mundus Joint Masters Degree in the area of Animation and the Creative Arts). Due to COVID, the program has been delayed one year, but will continue in 2021 in the three host countries, Belgium, Portugal and Finland. Kater created and is Co-Director for LESMA, a weeklong animation event in Campinas, Brazil, in 2019. For each edition, LESMA exhibited work curated by a different international film festival: MONSTRA – Lisbon Animated Film Festival (2016), ANIMAGE (2017), Stop Trik (2018) and MUMIA (2019).

A glimpse at the situation of the transmasculine population in brazilian prisons, through the problems created by ignorance, transphobia, prejudice and discrimination.

Luis Carlos de Alencar is a partner of the production company Couro de Rato. Directed by the short Invisible Men, documentary awarded at more than ten Brazilian and international festivals. Directed Countdown, Best Doc and Best Soundtrack at Rio WF 2016; directed the doc Bombadeira, RedeTrans award – 10 years of Bombadeira, for the contribution of the work to the transsexual community. Post-Graduate in Cinema and Audiovisual at M_EIA, Cape Verde Institute of Art; Graduated in Law from UFBA.