Postcards From The Past

Conventional narratives suggest that time is a linear concept. Accordingly, history is portrayed as a series of events staged on a single track of progress. The films in this programme, alternatively, play with time, stretch it, collapse it, revealing multiple layers in our chronological fabric. Whether the stories take shape in a multiverse, within a fractal pattern, or in a continuous loop, they ask us to explore the many shapes and possibilities of time, and reflect on the relationship between past, present, and future. 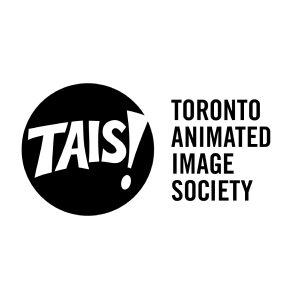 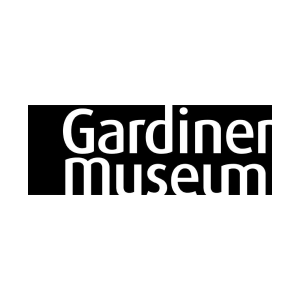 Using the Spadina Museum as its visual and contextual backdrop, circa. is a piece that reclaims the agency of Black identities and bodies in Toronto. The superimposition of imagined bodies on what is now an empty space rewrites their erased stories. They blend through the house’s shadows before regaining their individual identities when their faces meet the light.

Sonya Mwambu is an experimental filmmaker and editor based in Toronto. Born in Kampala, they grew up in Canada and their work centres on the intersections of their identities through the exploration of race, language and the connections they find through their cultural identity and the experimentations of analog film. Mwambu holds a BFA in Film Production from York University.

A young bisexual woman in Copacabana searches for her place in the fight for lesbian civil rights. In conversation with Yone Lindgren, a long time activist and elder in the lesbian community, she learns about the trajectory of many of her queer elders who are coerced back in the closet, where they become invisible to society, while younger queers in the movement search for guidance. This film affirms the necessity of fostering intergenerational relationships in order to ensure resistance and thriving. This compassionate portrait urges us to ‘Wake up! Shake off the blues’ and get involved in mutual care.

Bruna Amorim is a filmmaker from the interior of São Paulo, Brazil. Five years ago, she took up residence in Rio de Janeiro, which serves as the background and inspiration for most of her films. Her private cinema celebrates memory, exchange, and the resignification of spaces, people and objects, focusing on issues of gender, sexuality and diversity. She directed the short film TOUCH, screened at the Short Film Corner at the Cannes Film Festival, in 2019. She is currently studying Cinema at PUC-Rio, and works on designing and directing audiovisual projects. In recent years, she has produced, directed and edited short documentaries, experimental, fictional and music videos.

This animated biography restages tender memories of a first gay embrace. Set against the backdrop of a deep blue lake, the filmmaker ponders his coming of age experience. including feelings of shock, exhilaration, and disavowal–the flotsam and jetsam of an unexpected milestone.

A group of birds from across six continents join a zoom call. What ensues in this inventive film is a memorial of the struggles and joys shared by a community of artists and activists, paying tribute in particular to the life and legacy of the late Egyptian queer activist Sarah Hegazi, who was incarcerated and exiled for flying a rainbow flag at a concert in Cairo.

Kalil Haddad (editor) is a Toronto-based filmmaker. Often working in hybrid forms, he has directed six shorts including As I Sat in His Car… (2019) and Farm Boy (2019), both of which were recently acquired by Dekkoo. As an editor, he has collaborated with acclaimed filmmakers Kazik Radwanski (Anne at 13,000 ft, TIFF ‘19), Sophy Romvari (Still Processing, TIFF ‘20), and John Greyson (International Dawn Chorus Day, Berlinale ‘21). He holds a Bachelor of Fine Arts in Film Production from York University.

A Language of limbs

A Language of Limbs is an experimental stop-motion short film that maps the emergence of the concept of hysteria against lineages of crip kinship and hard-earned resilience. A set of ceramic objects, a pair of rescue inhalers, a handful of ginger candies, a nerve of red yarn: everyday objects come together in an insistent choreography to illustrate the realities of sickness and care, past and present. A Language of Limbs argues that our bodies are not blank pages, or sites of diagnosis, but maps of queer desire and agency.

​​Wy Joung Kou is Toronto-based interdisciplinary artist with a practice rooted in frameworks of disability justice. Their body of work spans mosaic, poetry, sound, movement, performance, video, and installation, and their educational trajectory as a professional artist has followed a path combining mentorship and community-models of learning & skill exchange. Kou is the Associate Artistic Director of ReDefine Arts, a performing member of Raging Asian Womxn Taiko Drummers, the inaugural winner of the 2018 JRG Grant for Artists with Disabilities, and an ILGBT Artist Residency alum. www.wyjoungkou.com

Jody Chan is a writer, drummer, organizer, and therapist based in Toronto/Tkaronto. They are the author of haunt (Damaged Goods Press), all our futures (PANK), and sick, which was shortlisted for the 2020 Pat Lowther Award, a finalist for the 2020 Lambda Literary Awards, and winner of the 2018 St. Lawrence Book Award and 2021 Trillium Award for Poetry. They are a performing member of Raging Asian Womxn Taiko Drummers, and their work has received support from VONA, Tin House, and the Feminist Art Collective Residency.

Taap - About Mercury Rolling Down The Bodies

Timelines and senses collide inside an old hammam, now set up as a modern spa. When masseuse Avani touches her client Shantanu, she awakens the sensory memory of Huzaifa, her long gone brother. Suddenly, all three inhabit a liminal space between past, present and future. Within the lushness of the steam haze, we’re invited to sit with the uncertainty and beauty that permeates this fleeting moment.

The Guy on The Bed

Through a procession of ethereal images, The Guy on The Bed commands our attention and brings us news from another pandemic, the one that “changed everything” before it fell out of the news cycle and collective memory, except for the newly infected, or those who, like the filmmaker, managed a new life after death. Based on a text by David Wojnarowicz.

Mike Hoolboom is a Canadian artist working in film and video. He has made over fifty films and videos since 1980. He has also played a major curatorial and critical role in the Canadian avant-garde film community. He is a founding member of the Pleasure Dome screening collective and has worked as the artistic director of the Images Festival and as the experimental film co-ordinator at Canadian Filmmakers Distribution Centre.

In this understated film, punctuated by breaths and crisp metaphors, the filmmaker ponders the sensual potential of a gesture as simple as eating fruit. Pointing to a pressing and compelling message, the poetic narration reclaims this act as an instance of lovemaking, kinship making, and replenishment.

Chanelle Lajoie is a Queer Métis multi-disciplinary artist honouring, engaging, and amplifying the voices of her communities through storytelling in the forms of printmaking, photography, and moving image on Treaty 1 Territory, the lands of her ancestors. Her ties to community are best witnessed in recent projects Métis Femme Bodies (2018) and Lavender Menace (2020) which explore Indigi-queer identity and femininity. Chanelle is currently partaking in MAWA’s Foundation Mentorship Program, Toronto Queer Film Festival’s DIY Lab Mentorship Program (2020) and imagineNATIVE’s Doc Salon Fellowship (2021).