What are some of the commonalities shared by people living within various present-day diasporas? How do diaspora community members interpret the social, spiritual and political transformations stemming from their birth places and incorporate them into the realm of their new terrains? What do the future of diasporic communities look like amidst the global crisis that has led to even more displacement and loss? Consisting of a performance and a presentation, this program will examine some of the intricacies of diasporic realities by encompassing a poetic rendition of a queer Muslim funeral and a deep dive into the rise of Hindutva politics.

The program will be followed by a Q&A with the presenters moderated by Erum Khan.

Khuda Bowad Yarat/When I Am No Longer Here: Queer Muslim Burials In Exile

Khuda Bowad Yarat/When I Am No Longer Here is a video recreation and reconciliation with queer mortality. Dr. Ahmad Qais Munhazim and Wazina Zondon propose to (re)create the elements of a (Muslim) funeral, including: the customary burial shrouds with the secrets and untold truths that they wish to make visible and say aloud now in their living; their suitcases for burial and return of items they might have borrowed from loved ones.

“Dedicated to those of us, queer, displaced, marginalized, third culture, hiding, surviving, striving and deeply desiring the traditions and rituals that give us peace of heart, but knowing they aren’t always guaranteed to us or reflect us in our true forms. May engaging offer relief of y/our exhaustions.”

Wazina Zondon is an Afghan raised in New York City whose storycollecting and storytelling work centers collective memories and rites of passage in the diaspora. As an informal and undisciplined performer, Wazina is the co-presenter of Coming Out Muslim: Radical Acts of Love, a personal storytelling performance capturing the experience of being queer and Muslim alongside her creative counterpart and sister in spirituality, Terna Tilley-Gyado. 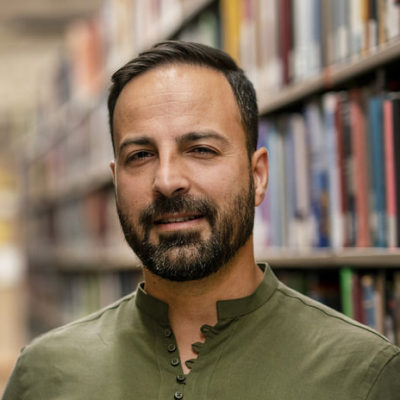 Dr. Ahmad Qais Munhazim is an assistant professor of global studies at Thomas Jefferson University, Philadelphia. As an interdisciplinary scholar from Afghanistan, queer activist and de/colonial writer and artist, Qais’s work engages with the everyday lived experiences of migration and war with a particular focus on queer and trans subjects.

Over the last few years, there has been a significant rise in right-wing Hindu nationalist (Hindutva) organizing in Canada and the U.S. The presentation will delve into the events that have rocked the years underneath the Trump Presidency (with a focus on 2020) across caste, religion, gender, queerness and national identities to critically reflect on the growth and hindrance of South Asian organizing in North America. The troubling rise of Hindutva forces needs to be analyzed by paying attention to the critical intersections of brahmanical caste supremacy, militarism, queer and trans pinkwashing, Islamophobia, and heteropatriarchy both in the diaspora and the homeland. The presentation will draw upon specific sites of analysis, arguing for the imminent need to disrupt and resist Hindutva forces worldwide, especially in light of the current public health crises we are all ensnared within.

SpeakerMikail Khan is a transmasculine and non-binary Muslim media maker, writer and curator from Bangladesh who invests their care and energy into advocating for trans and gender-expansive youth and communities of color. They work within the field of philanthropic communications and development and their creative and activism work is driven by interrogations on gender, queerness, geography and religion. Mikail is also the creator of Moving Genders NYC, a qtpoc film festival and the forthcoming Buraq Anthology, an anthology by and for trans and non-binary Muslims. 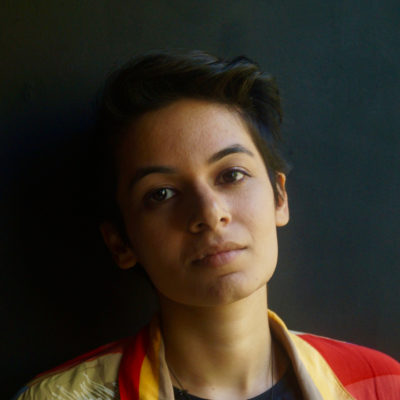 ModeratorErum Khan is a performer, film and theatre maker, film programmer and curator based in Toronto. She is the recipient of the 2019 Buddies In Bad Times Theatre Queer Emerging Artist award. In film, she has worked as a programmer for the Rendezvous With Madness Festival, a pre-screener for the Inside Out LGBT Film Festival, and was the Festival Programming Intern for the Toronto International Film Festival. Her play Noor, directed by Erin Brubacher with original music by LAL and Anwar Khurshid, was presented at The Aga Khan Museum.

Or RSVP to industry@torontoqueerfilmfest.com for the event link.